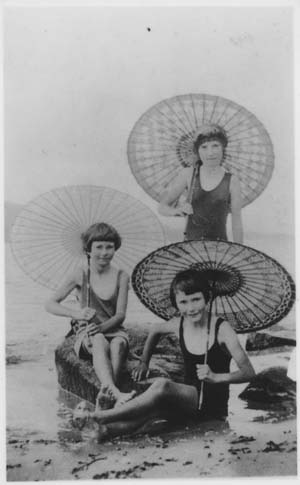 Maria Island, on Tasmania's East Coast, has a history as varied as it is fascinating;

The island was a burial site for Tasmanian Aboriginies, twice a convict settlement, housing such notable prisoners as the Irish rebel William Smith-O'Brien, and five Maori warriors; charged with"open rebellion against the Queen"

The whole Island was later leased by the colourful Italian entrepeneur, Diego Bernacchi, who established vineyards, orchards and silk farms. He later established the Portland cement company on the island's main settlement of Darlington, which he renamed "San Diego"

After the failure of the cement company during the 1930's depression, the island was once again inhabited by farming families. For over twelve years the main contact to the rest of Tasmania was via a pedal wireless operated by resident, Ruby Hunt. Since 1972, the island has been a National Park.

"Maria - Island of Dreams" brings to life the history of the island as well as the emotion that it's beauty evokes in us, in the form of songs, images, (both archival and recent), narrative and dialogue. As a live performance, it is a total sensory experience as you find yourself engrossed in the story, surrounded by images both beautiful and fascinating, and lifted by the lush sounds of strings, vocals, keyboard, accordion and flute.

Our project began with about six to eight months of fascinating research, visits to the library and state archives, to Parks and Wildlife for archival photos and for the wisdom of those who knew the island intimately, and of course to Maria island with cameras, musical instruments and recording gear! Marjorie wrote the beautiful poem "Toarra Marra Monah" (the traditional aboriginal name for the island), Susan began emailing Sibelius files, Michael and I went across to take even more photos, and the dream began to take shape.

"Maria - Island of Dreams" was first performed "hot off the press" in January 2005 at the annual Cygnet folk festiva,l to a very enthusiastic audience. Silkweed then took the show to Maria Island as part of the Summer programme of activities.....a bit like bringing it home.

In April we played to a full house above Siren's in Hobart.

After performances in January and April 2006 at the Tamar Valley Folk festival and the From France to Frecynet festival we will be working on creative development of the show thanks to a regional arts grant with Les Winspear and Neil Cameron for statewide performances in 2007.
© 2016 by Silkweed. All rights reserved. Template by RocketTheme.
Silkweed Ten Days Buy tickets